The end of Week 28 of of the Weekly Haiku Poetry Prompt Challenge and I made it an interesting one this week. The words Pop and Fail were chosen initially based on a thought about Pop Culture and the failure of society in so many areas. But even I went crazy with the words once they were in black on that white screen.

Thank you to those who complimented the new challenge badge. I personally like how the background took on a foil like appearance.

Kathy of Happy Days: You may also know her as PreciousPen1955. You know, I would share with you some of her biography from her About page but 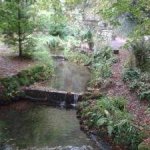 you wouldn’t believe me and her life makes me feel so inadequate that I think I may be depressed for a month just from the lack of life experience next to her. In other words, you have to read it yourself. Her first Haiku with us, and I do hope the first of many, so everyone visit her and say hello, is Bliss. Yes, I gave it that title. Go see why. @kathyburke7  And why the green? Well Go find out.

First to Enter the Fray this Week:

Mira of They, You and Me:  Mira also has

another blog To Wear A Rainbow: Silver Linings In a Woman’s World. Her Haiku this week is titled Never Fail. @BediMona For those of you that don’t follow Mira on Twitter, I just had to share the no sunglasses look.

T.A. Wyatt of Finale to an Entrance enters the picture with Inane: A Critique Haiku. Well, I, umm, well just go read it. Pretty much all I can say. Also check out one of our resident Author’s work at Amazon by clicking here.  Linger is only .99 and The Mill of Maisonneuve is 1.99. @FinaletoEntranc Okay, so I thought it was safe. I was minding my own business and making my way down the comments and the links. And then T.A. had to do this to me. Had to make me type Electric Boogergoo. Yes, you read that right. I have not read it yet, and I am afraid to. Oookay. All I can say it is a sequel. Go read it. Click like if you want to. It’s really up to you. There is always that one interesting one in the bunch.

Serins of Serins Sphere: Two Haiku for You this week. Completely different but I think somehow related if you think about them a bit. @SerinsSphere

Meredith and Martha of Meredith’s Musings: We have Four this week as usual; Discipline and Splendor and then Grandpa and Surprise. Very telling Haiku this week from our Lit Queens. Surprise so makes sense to me and is a duh moment for whoever created those things. Grandpa I believe tells the story of a lot of Grandpa characteristics. A lot in so few lines. Just goes to show you how much you can do with so few words. @Meredithlbl

Faith Unlocked: POP. There are times when I believe some of us have too much time on our hands. And as Faith Unlocked happens to do quite often, we have a second Haiku. Syllable Required. I found the syllable. @FaithUnlocked

Elizabeth of Tea & Paper: Kale. Cruel. Wrong. Evil. Yeah, that’s pretty much it. Ever thought you would hear those words in the same paragraph with Elizabeth’s name AND she be the cause of them? @TeandPaper

Cyril of Cyril Bussiere: Cyril said this would be a lighthearted one this week. I haven’t clicked it yet. So let’s go find out. Okay, I think he meant lightheaded one. I could be wrong, but I think lightheaded works. So I’m going to call it the Lightheaded Lighthearted Haiku. Have you checked out any of Cyril’s books at Amazon yet? No? Then click here to do so. And if you trust our friend Hugh, he reviewed Cyril’s book Short Shorts, which is only .99 for Kindle, on LitWorldInterview here. And no, unfortunately it had nothing to do with what I thought it was going to be about. And of course there is his full length novel The World Might for just 2.99. I think our two authors on the list so far must have gotten together and coordinated a theme. @CyrilBussiere

Nato of Chasing Life and Finding Dreams freaked me out with her new Header Photo on her blog. I mean it is totally cool because  you get a couple of ideas at first. But yeah, freaked me out not expecting it. Of course she will say it’s been there this entire time. I will then use my amnesia as an excuse. ACE IN THE HOLE! Oh yeah, her Haiku. Lost Words, kind of like what I did there. I kind of lost my way with the words. Oh how these people try to appeal to the writer in me with their Haiku aimed at my failure! I say to thee nay! Nay! NAY! That’s what the McCartney/Jackson song sounds like if they both had a cold when they recorded it. Nay Nay Nay. @MichelleLunato

Grace of Bloom -Picture + Words: In the Bleak Midwinter. Love the Photo for this. Just beautiful. And it has the opposite effect on me as it did on her. @grace_note58

Kimberly of K.S. Fause: Colors. First of all before I go any further, I want to give credit to Kimberly for really bringing the image aspect to this challenge. Yes, images were being used but once she came along it became a whole new game. She made the rest of us really work on our skills. Now for her Haiku? Last week I asked about the image and the history of it. This week, she gave us the history of what she used and the inspiration for her Haiku. Kimberly has kicked it up again. She just made this Challenge more interesting. @KSFause

Carolyn from Reviews & Recommendations: Brain Strain. Okay, I haven’t read it and it sound painful. My migraine is already flaring up. Do I dare read it? Oops there was another one on the same page. Changing Sky. Okay, first one. Yeah, my brain is hurting. The second one? Awesome imagery. Nailed it.

Wendy “the Loony Brit” Darling of  well, Wendy Anne Darling. I have no idea how many middle names she has. She keeps changing them. I Refuse to Fail. So sayeth the Author! @AuthorWDarling Silver Lightning is only .99 for Kindle by clicking here.

Maniparna of Scattered Thoughts: The Eyes Fail. Okay, so in the emotional state I am in as I am writing this, my eyes failed when I read this one. Yes, Ronovan’s eyes fail and have quite a bit the past few days. @Maniparna

Florence of Rambling On: I call this one Cycle. I strange name I know but go read and think about it and I think it makes sense. @FTThum

Patty of I Am Not Sick Boy: Broken Dreams. Yeah, I think some people can identify with this one.

Colleen of Silver Threading: A Writer’s Greatest Fear. You know, my fear as a writer is that I would never get a book I wrote in a person’s hands. I’ve accomplished that. Now I am trying for it again. Colleen will be doing that before long. The Book Reviewer’s Guide to Polite Ways of Saying Your Book Stinks. @ColleenChesebro

Canaf of Faithful Devotionals: Addiction. Okay, so Canaf done gone and did the anti Ronovan Pop Fail Haiku. Mhmm. I see how it is.

Claudette of to search and to find…happiness in every day: Bubbles. Oh, such a happy Haiku. Everyone go and read and smile.

Marigold of Versus Blurb: #Tay4Hottest100.Ooookay. I have to say, that title got me. Then I read the story and well, kind of cool the Challenge got into something kind of cool like dat. Only Aussies would come up with stuff like this. Cool, but well, still Aussie. That being said, go and purchase Marigold Deidre Dicer’s book The Black Swan Inheritance at Amazon on Kindle for only .99 by clicking here. I just did. @MarigoldDicer

Melissa of This, Right Now: Yes, the upside down lady. She gives us Bubblegum Battle. Do I even have to tell you? You just need to go read how she describes it.

Steven of Simplicity Lane returneth with Language Problems, no that’s not right. Language Difficulties. Grr, nope. Ah, Language Issues. There we go. Maybe I just have Reading Issues? I think there might be some type of cultural lesson here. I’m not certain for surely but then again that could be my Reading Issues kicking in. Oooo, Brain Fail! That’s ME!!! On another and lighter note, have you partakeneth of Steven’s literary offerings? Simplicity Lane is freeth, go hereth for whereth. I Gotteth Myselfeth in Kindle now. Through a Stranger’s Eyes here and Résumé for Love for free here.

Kimberly of K.S. Fause: Colors. This was an easy one for me this week not because the Haiku blew all others away. Several were just as good. I want to say that now. It is that Kimberly stepped up the game a bit with her offering this week and the meaning of it all. I think when you go and look at what she did you will agree. Much Admiration to her for his one.

The Humor Haiku this week may have been the toughest one ever since the Challenge began. I finally narrowed it down to two. There was one that had a social commentary reference that I am drawn to and then another that was more subtle in the humor which is a difficult thing to accomplish. Since I no longer want to take the easy way out and have ties this week’s Humor Haiku is Kale by Elizabeth of Tea & Paper.

My Haiku offerings this week were Pop Fail and Night Fails Me Again. When you write something you do so with a meaning. However, as I have said several time before a Haiku can have several meanings. Little did I know so would mine.

And the closing Haiku:

My Dream Doth Fail Me

As My Heart Bleeds Its Last Drop

Love Bursts From Within. 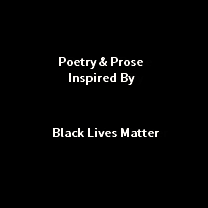