With only being able to reblog once, and having done that with this interview to my author site, I’ve copied and pasted the article here. It isn’t as nicely formatted as author Vashti Quiroz-Vega has it on her site, and I suggest everyone visit the original for the full experience by clicking HERE.

Hello everyone! I have a treat for you today. I’m an avid reader and self proclaimed bookworm and to me as well as others like me it is always fun when a new, intriguing book is released. Do you enjoy fascinating stories about pirates? Well then you’ll love The Razor’s Adventures Pirate Tales by P.S. Bartlett. I have featured P.S. Bartlett and her books on this blog and you can check out that post here.

Today’s focus will be on the wonderful and talented Ronovan Hester since P.S. Bartlett’s recent installment in The Razor’s Adventure series, Amber Wake: Gabriel Falling is co-authored by him. This is not your typical pirate story since Ronovan puts his love of History and his 20+ years of writing experience to use in his debut Historical Adventure set in 1705 England, American Colonies, and Caribbean. 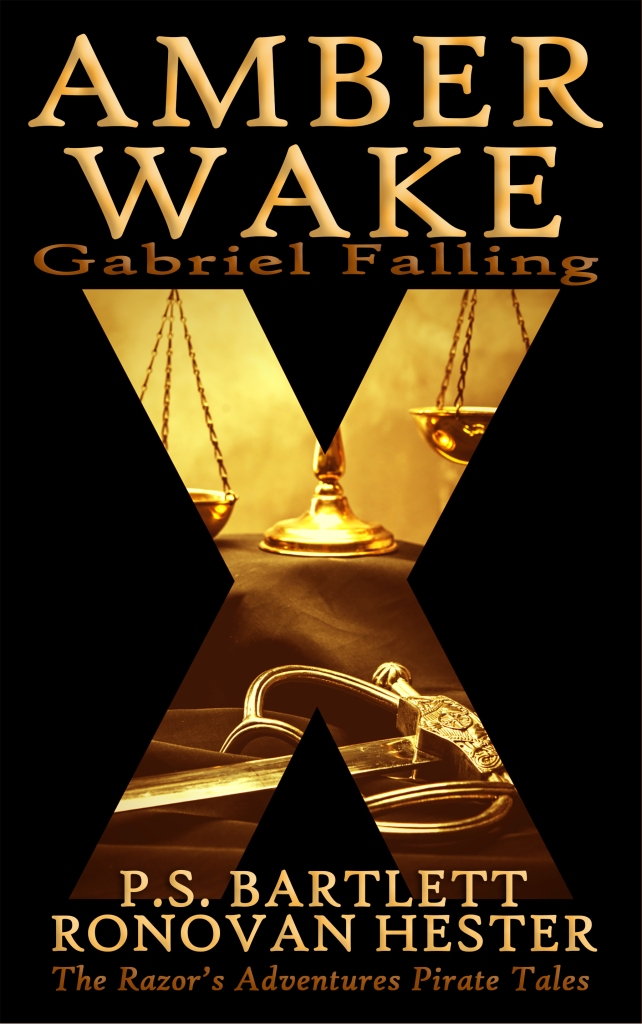 Ronovan Hester is a writer living near Athens, Ga, home of his alma mater, The University of Georgia, where he received a B.S.Ed. in History Education. Ronovan puts his love of history and his over 20 years of writing experience to use in his debut Historical Adventure set in 1705 England, American Colonies, and Caribbean co-authored with P.S. Bartlett.

Ronovan’s devotion to history and writing sometimes competes with his love of tacos and fresh fruit. At times, all his favorite things work hand in hand in mouth during long binge writing sessions that have been known to last nonstop for over 24 hours. Rather than see a sleep disorder as a hindrance, he uses the time for creative purposes or watching old TV shows on online.

Ronovan enjoys putting elements of history, if only as nods to the past, in all of his book projects. He currently instills that love of history and learning in his son daily as he helps him through his college prep courses, meaning hours of homework every night, even while not yet a teenager–his son, not Ronovan. Now if he could find a very good mute for that trumpet his son just began learning.

One of your 10 fun facts is that you love to cook. If P.S. Bartlett arrived at your house for dinner what would you make for her?

I would go Southern. I make very good Southern Fried Chicken, biscuits, and I these potato wedges that I batter then fry, then oven bake. It’s something I created, and everyone loves them. I fry them enough to get them brown and slightly crisp, then into the oven to finish cooking over a rack to let the excess oil come out. I cover them with foil so as not to let the brown much more or burn. You end up with a crispy on the outside, completely done on the inside oven fry. You spice the batter how you like it and either make or use your favorite condiment if you want to dip them in something. There would of course be sweet iced tea. For dessert a peach cobbler, since I live in the Peach State.

Another fun fact about you is that you love the sound and feel of the ocean at night. Have you seen the movie ‘JAWS’?

I did. I also saw the Jaws 3D in the movie theaters when it first came out with some older cousins.

One more fun fact about you is that you enjoy eating lunch sitting under a tree while watching and listening to birds. If you could be any bird which would you be?

I think I’m pretty much a Robin if you look at me. I can’t escape that. 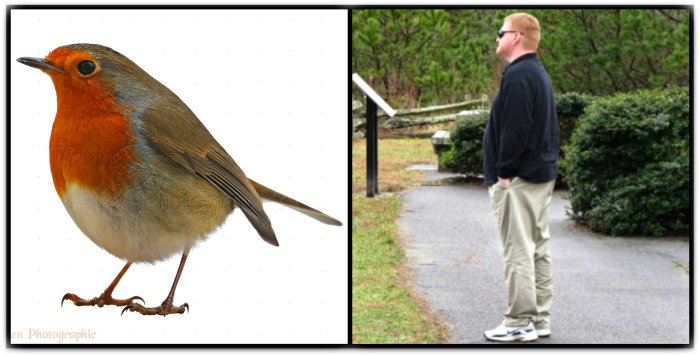 1/ Tell me about your book

Amber Wake: Gabriel Falling is a historical adventure beginning in a sailor’s pub in 1705 London and then taking to the seas. Court-martialed due to the events in the pub, Captain Gabriel Wallace of the Royal Navy finds aide with his former crew who mutiny against the Royal Navy, just in time to avoid capture by his enemies. Wallace has more than one mission/objective during his war against the men behind his disgrace but only he is aware of it. This secret causes some problems as the story unfolds and Wallace and his men go after the biggest haul a pirate has ever attempted in the waters of the Caribbean, all in the name of revenge and loyalty.

Reads like a riveting story! And not your typical pirate story.

2/ What inspired you to write this book?

After many conversations with PS Bartlett, the creator of the Ivory Shepard world of pirates, the discussion came around to her thoughts of a sequel to her very first pirate novel, The Blue Diamond: The Razor’s Edge. A book I enjoyed a great deal. I had the idea of her writing a prequel series of books of how her main character became a lady pirate captain, while I wrote the book that would currently be the beginning of the entire series and become known as Amber Wake: Gabriel Falling. By the way, not only does Microsoft Word object to the use of lady in this paragraph, but Ivory Shepard would as well.

Ah, ha, ha. I guess ‘female’ is the word that comes to mind then. The idea of a ‘prequel series’ telling how the main character comes to be, who she is in the original series is quite brilliant.

*Clarification from Ronovan: I should have worded the part about the prequel ideas coming up between PS Bartlett and I about the same time. It was an idea to expand the world she created and bring in more attention to the character of Ivory Shepard. The Blue Diamond was a great book.

3/ Why team up with another writer, instead of writing this book on your own?

I looked at it as a two-fold thing. One, I would be helping PS Bartlett get one more book out in her series. In this book, I could give a different perspective, a different voice than that of Ivory Shepard. There needed to be that different voice. Second, I’m a historian and love research. Thus, I saw this as a challenge of sorts. Just as I challenged myself to write a Southern Romance, completely out of my comfort zone, I did this, which was a new genre for me. I do historical fiction more around WWI and WWII.

Although not a historian I share your love of research. I’m happy you took this on and wish you continued success.

4/ Which is your favorite character in the book? Why?

I would have to say Gabriel Wallace is my favorite because I put so much of me into him. Some of that’s been taken out because of the collaboration, but I know where I show up. People that know me will know what I wrote and not. The styles mesh but my personal character is different from some of what Wallace ends up as. Gimby, the helmsman is a good one too.

5/ Which character in the book would you not get along with? Why?

That’s a tough one. There are times, due to circumstances a couple of people are difficult to deal with. One is somewhat obvious when you begin reading the book, and the other grows into someone less than a joy to know.

-If I wasn’t afraid I would move to a better climate part of the world with a beach and a nice ocean view, although I’m not really afraid of much.

-Someday, I want to be successful enough at writing to pay the bills and maybe help form some sort of foundation to fight some children’s problem.

7/ You have multiple personalities, describe some of them.

First, I’m not sure how you knew that. Second, I’m a workaholic one minute and a total veg the next. That might be part of some health issues though. I have the funny guy side, then the serious the next. Yes, I’m a Gemini. 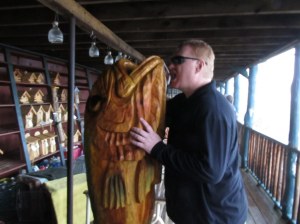 Yes! I agree with all five. I’ve come to see all of these in you and your writing.

9/ How have your physical problems affected your writing?

That’s a big one. I could make a long list of negative things, but I look to the end result being I use the time I have to write as much as I can, which at times is a lot. If I had normal health I wouldn’t have a book out right now. I see this as one of those things where God took an extreme bad thing and used it for an extreme good in my achieving getting a book published which can show others anything can happen if you work at it.

That’s a very positive and inspiring way to look at a traumatic experience in your life. I love your outlook.

10/ How is Captain Gabriel Wallace like or unlike Captain Jack Sparrow?

The two are about as opposite as you can get. Wallace is a trained captain in the Royal Navy, member of the upper class of society, actually a member of the House of Lords, well educated, and has a certain level of morality that dictates a lot of his actions. He doesn’t mind fun and jokes but his focus is his mission and the well-being of his crew. Wallace is not really a pirate, but more a soldier at war with a given enemy. 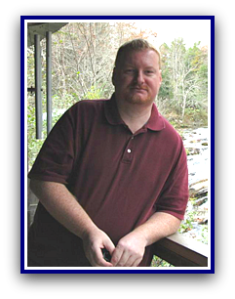 You may connect with Ronovan through:

The autumn of 1705 brings Royal Navy Captain Gabriel Wallace to face off against an enemy within the ranks of the Admiralty itself that threatens his career, his reputation, his family, and something even more far-reaching in its plot.

Court-martialed and with Admiral Chambers, the mastermind fearfully known as the Chambers of Hell, out for his destruction, Wallace finds he has allies willing to face the might of the mightiest power on earth, with some allies in the most unlikely of places. The crew of his former command, the Majesty’s Venture, mutinies from the Royal Navy. With capture by his enemies close behind, Wallace agrees to become captain once again.

With a ship at his command, Captain Gabriel Wallace sets out to fulfill his mission, the completeness of which only he knows.

Now a pirate by situation, Wallace sets out for the Colonies and the Caribbean. Will his crew remain loyal as they leave the rule of the Royal Navy behind? Will his lifelong friend, Miles Jacobs, follow Wallace blindly without knowing the whole story? Finally, will the young Lieutenant Maddox Carbonale stay under the command of Wallace or have plans to lead instead?

With these questions in his thoughts, Gabriel Wallace wages war on Chambers and goes after the largest haul in the history of the Spanish Main. Whom does Wallace meet along the way? To whom are his loyalties to: vengeance or something more powerful?

If you love tales of adventure, of the sea, of the struggles of men, and nods to history, this is your book. Read Amber Wake: Gabriel Falling and you’ll have a new appreciation for all of The Razor’s Adventures Pirate Tales.

I hope you’ve enjoyed this author Spotlight/Interview. Be sure to check out some of the links.

12 thoughts on “10 Questions for Ronovan Hester”