As you all know, I don’t participate in may of the various pass it on blog things. You know, as in ‘do this and then have people do the same thing.’ One I don’t mind doing is the Three Quote Challenge. I’ve done it once before and I’ve been asked to do so again.

Susan Langer has asked me to join in this time. Many of you know Susan from her blog Susan’s Personal Blog where she enjoys doing various challenges and offers services to help other bloggers and writers.

I’ll give the rules and such at the end of my run of quotes. If you want to know them right now, click HERE to visit Susan’s post and quote. Do so anyway to support her blog.

“My flesh and my heart may fail,
but God is the strength of my heart
and my portion forever.”-Psalm 73:26
Asaph, Worship Leader for King David.

Lately, life seems to be throwing things my way to challenge me in my writing life.

Those moments of challenge may come at you from any direction. Asaph was talking about looking around and see people of less than respectable practices seemingly prospering while those who lived on the straight and narrow path struggled.

Eventually, he figured it out. Although we see a visage of prosperity for a time in this person, in the long run, those who follow the right path, the right decisions will be more satisfied and happier because of how they have achieved what they have, and because of where they end up. We know we have not burned bridges or broken lives along the way. Our conscious and heart are clear.

Football isn’t something I talk about much. I do have something to say about it in light of the current New England Patriots deflated balls controversy and quarterback Tom Brady. I’m not going to discuss the blames for and the who cares about it anyway of the whole thing. I’m not going to discuss the stats from the first half compared to the second half. That’s all for the uber fans to talk about. And in truth that’s not what people come here to check out.

What it did was remind me of something. Part of a chapter from a Romance I wrote. Yes, I wrote a Romance novel.

Bear with, there is a point to it.

Jennie fell back on the bed and stared at the ceiling. “All these years you have all known and no one said anything and now you all know how I feel and–mother fix it.”

Laura laughed as she laid down next to her daughter. “I can’t. This one is all yours, dear.”

“If Gary would just have kept being a jerk it would have been easy,” Jennie said.

Laura sat up and hugged her knees with her cheek against them, looking down at her daughter. “Tonight ask your father about Peyton Manning and how he was drafted.”

“What?” Jennie asked. She sat up propping back on the palms of her hands.

“While you’re eating, ask him. We saved dessert so we could eat with you while you had your hotdogs. Trust me. Ask him, it might help.”

Jennie had been able to get herself together enough to eat, thanks to her mother. Everyone else already knew about the love Corbin had for her and were handling things as usual. She went along with the conversations as they ate dessert, waiting for the right moment to ask her father the question.

Things turned to spring training at the university, which led to old games, and rivalries and then she jumped in. “Dad, Mother said you had a story about Peyton Manning and how he was drafted,” she said.

Mitch McElroy looked at his wife. The years of marriage telepathy passed between them and Jennie knew he could tell there was more to this than her wanting to know a football story. He laced his fingers together in his story mode and began. “First I have to say my least favorite color is orange,” he said, and everyone laughed. The locals’ rivalries all had orange in their uniforms.

“But Peyton was a class act and still is. The team with the number one pick in the NFL draft needed a quarterback and it came down to two men. With their having the first pick before any other pro team this was a big decision. Both men had great numbers and in fact the other guy had slightly better numbers than Peyton, but they picked Peyton and ended up with a Super Bowl ring.”

“Why didn’t they pick the other guy?” Jennie asked.

“Character,” her father said. “Both did well on the field but in the pros, the guys in the office were making an investment in a future and they wanted to make sure of a good return on that investment. So what it came down to was how the two were away from the field.”

He took a drink of coffee and kept thinking for a moment. Jennie had always noticed he had coffee or milk with dessert. He said iced tea didn’t work because the sweet of desserts killed the sweet of the tea. “They didn’t want the drama of the press and personal life. They wanted a solid go to guy that they could count on, who was the same all the time everywhere. That was Peyton.”

“And the other guy?”

“Out of football now, never had success and has pretty much hit rock bottom, although he was drafted.”

Jennie looked at her plate. She was a mustard girl for her hotdogs at home. She picked up a fry and scooped up a stray bit of mustard.   Her Dad’s voice made her even more comfortable and she found herself slowly returning to a normal calm, or maybe what was turning into her new normal, whatever that was going to be.

“If I had an opening right now at work,” her father began. “I would take a good long look at the person’s history and even at their friends. You can tell a lot about a person about who they pick as friends, how close they are to family. Even by what books they read,” he said, putting his hand over hers.

Jennie looked at his eyes. This was the first time he had actually given her an open clue to his feelings. She smiled back at him and then her eyes widened. “I almost forgot,” she said jumping up.

“What in the world?” Her father asked.

Jennie returned in seconds and glared at Benny. “Dad, this is for you,” she said sweetly as she sat the chocolate pie down in front of him.

Glee spread across his face and his shoulders shrugged up in little boy delight as he rubbed his hands together. “You do love me,” he said as he took a big bite. The whipped cream covered his lips.

“And this,” she said. “Belongs to you, dear brother.” And the empty second pie tin, with what was left of chocolate was placed satisfyingly down upon her brother’s head. “Thanks, Sis,” he said and burped. “You do love me.”

Everyone laughed including Jennie.

Character goes a long way in every aspect of life. For Jennie she had a decision to make. Her father was giving her some advice she needed to take. As for what this has to do with the New England Patriots? Well years ago they were busted in a scandal where the head coach was caught having the opposing teams’ defensive signals videoed so he would know what they were calling during the game and thus know what offensive play to call. His character took a big hit. If not for that this whole thing now would not be such a big deal.

Now the Patriots are often called the most hated team in the league. Opposing teams will look for things to point out against them. Every quarterback likes the football to feel a certain way to be comfortable to his hand. Every quarterback. But here we have a man who is arguably one of the best quarterbacks ever to play the game being questioned on his Character.

Because of this what could possibly happen is brand new footballs are opened on the side line and the quarterbacks are forced to use wax covered, slippery tools that will affect everyone and now the people who are cheering for the demise and questioning of Tom Brady will be hit with the results of it. Because your own Character of being a malicious and sad individual it is possible it will come back to bite you in your own quarterback being made to suffer in the football he has to use.

The results of the before and after halftime, when the balls were switched to ‘good’ balls will tell you how the game would have turned out. The teams in the Championship Game would be the same. Good Character everyone. 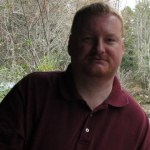