Researching South African Graphic Literature history has been an interesting adventure. A big think I discovered is a great deal of the comics were photo comics early on. Actors would be in the positions of what Americans and Europeans would normally see as drawn panels. Text balloons would then be inserted.

There are rare examples of illustrated comics, and I’ll mention those as I discover them. Yes, I write as I discover as opposed to research then writing. You get to ride along with me as I get excited or disappointed, depending on what I find.

For instance, here is the first illustrated book I found. 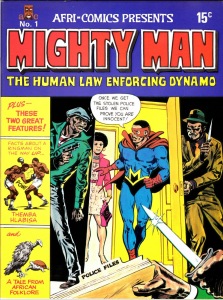 Mighty Man. This was Soweto’s version of Superman. Sounds like a good idea, right? The book was about a black policeman who is shot, then healed by some beings from beneath the earth and given powers. All good so far. But the point of the book was to have the blacks during apartheid basically subliminally, from an early age, given the thoughts that going against the rules of the white government was wrong, they should stay in their place, there should be no guns owned by blacks, and it just keeps going.

Back up stories were about local folklore and sports figures. Any efforts by the Americans involved in the creation were slapped down. They worked for the company and did the book. Even when not agreeing with what the books overall message was.1In truth the book was more a propaganda and advertising scheme. 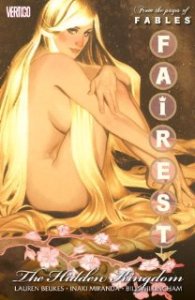 I also found a great writer in Lauren Beukes.2 A writer of novels and and TV scripts. Her selection to write Fairest3 for Vertigo4, and imprint of DC Comics says a lot. Fairest is a spinoff of Fables, a highly acclaimed series. Fairest is about the women of fairy tales set in different situations and with actual lives. These aren’t fairy tales.

Beukes arc in the series, The Hidden Kingdom, deals with Rapunzel traveling to Tokyo to take care of a mystery from her past.

Next I stumbled upon a piece by Nobhongo Gxolo who speaks with a couple of South African creators.5 First there was Moray Rhoda, illustrator, designer, and writer. One piece comic fans may have heard of is Velocity, a Graphic Novel anthology with contributing creators. He shares a frustration with another up and coming creator, Loyiso Mkize, illustrator and writer of Kwezi, about a 19 year old cocky guy who suddenly has powers and how he handles it. 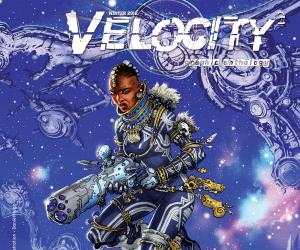 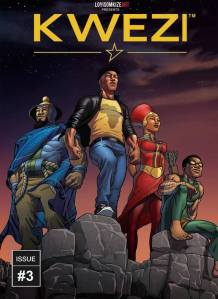 The frustration they have is distribution. Local publishers don’t want to invest, not seeing the potential local home grown comics have. Most books are Indie Books in South Africa with any mass published being from the US or Europe. Local creators have more interest from places like US who get what is being done and see the talent of the artists.

“The artwork is definitely international level, but the storytelling is not there”~Rhoda

The artwork gains attention across the ocean, much like many other countries, but the writing is the problem.

“There’s also the fact that as I got older I learned to appreciate the role of superheroes in young people’s minds: positive, encouraging and inspiring.”~Mkize

Comic strips, humorous and adventure were ongoing from the early 20th Century onward. I don’t mention the names here because I honestly am not certain how appropriate some might be considering the way the government segregated society so harshly.

When I begin a more comprehensive series I will include all that I find, but for now enjoy what we have here today. Talent. A lot of it, but with no local publisher support.