Visit and support My Guest Post on Comparative Geeks. It shows, in part, the progression of art style by Osamu Tezuka from his earliest to later days. Also I tried to show and speak of lesser known works of his. 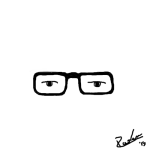 Possessed abilities no one else had. Saved lives in ways we may never know. When people saw his name there was a strange symbol indicating something was different about him. He could be found in comics, on TV, and on the big screen. He was the hero of his nation. He was a god.

Who was this hero in disguise–this very gifted man?

There was no way I could do a series about comics and not head to Japan. For some Japan is comic books in a true art form and engrained in culture unlike anywhere else in the world. Where many and most societies look at the art form as a child’s funny book, in Japan the books are graphic art presentations of literary art forms for all ages with the books being anything from childlike humor to corporate room cutthroat business. If it happens in society it can happen in comics, but kicked up to a sensational level, just as you would find in the best novels on the market.

Many of you have heard of the word Manga, but do you know what it means?

Hokusai was an artist during late 18th and early 19th century Japan with the use of would block carvings to use for printing, coined the term during one of his many name changes. He changed his name as he changed his style. In 1811 he began what would be known as the Hokusai Manga, with manga meaning “playful sketches” to describe his humorous images. The forms were created with simple lines and made for increased production. This new form brought him even more fame and a great many students.

The most famous of his Manga work would be his 36 Views of Mt. Fuji. As you look at the art below, think of how this was first cut into a wood book in order to be used to make prints.

This was not the first instance of what might be  called comic books for Japan. In the  mid 18th Century you would find what were called Kibyoshi or yellow books. These were satirizing of politicians and society in general. They were eventually banned and the edge taken off of the wit.


Following Hokusai the West came to Japan with Commodore Perry in 1853. With him came Western art forms and influences that found their way into Japan’s own art culture.2

By the 20th Century a new art form was beginning to take shape.

Yasuji (1876-1955, maybe), his real first name, is considered by many as one of, if not the father of modern Manga due to his influence on those who came later.3  His early career was influenced by Australia artist and cartoonist, Frank Arthur Nankivell4, who would leave Japan for the US and fame in his own right working for the first successful American humor magazine, Puck5.

Kitazawa created the satirical magazine Tokyo Puck. You can see the influence Nankivell had in the name. The artwork here, especially in the panel on the right is beautiful. I might at some point devote an article per creator some day.

Following Kitazawa we have another “father” of Manga. One that may be closer to what the West knows of as Manga.

Osamu Tezuka (1928-1989) was a cartoonist, animator and more. When you think of Tezuka, think Japan’s Walt Disney6. That literally is what people have called him, and rightfully so. All I really need to say is Astro Boy.

In 1944, at the age of 16, still in high school, Tezuka was drafted into WWII and work in a military factory where he would spend as much time as possible drawing, often on toilet paper. He witnessed first hand the results of the Osaka fire bombing. This would stay with him for the remainder of his life.7

Inspite of the military, he graduated and went on to medical school, but didn’t give up Manga. His first published work was The Diary of Ma-chan (1946). But then it happened. 1947 and we see New Treasure Island8 sell over 600,000 copies. Think about that. Just after WWII, devastated, and along comes something to give the people excitement. Tezuka introduces a cinematic 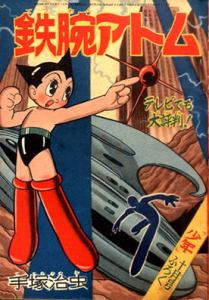 story telling style of Manga that is what we know of today.

Then it really happened. 1952 and a minor character in his Ambassador Atom series was given his own series due to young fans love of him. Astro Boy9 ran from 1952-1968. It’s doubtful many people realize what the book is about. I mean as far as those in the west. Prejudice. The rights of robots, now a sentient class, and how they are treated.

Although Astro Boy may be his most famous work, one work I was very interested in was Princess Knight10 (1953-1956) and its various sequels. Why? The book is recognized as perhaps the first fully realized Manga for girls, as in theme and starring, although not the actual first one. But it was the first to really make an impact on society. Truthfully, I would love to get my hands on these stories. Even more than I would the original Astro Boy.

Eventually, Tezuka turned to animation and developed the first weekly animated show in Japan, Astro Boy. All financed by him in a studio built

next to his home.

Tezuka lost his animation studio and his rights to Astro Boy. Those with the company didn’t like scraping by and thought others could do better. Years later the company closed. After it did, oddly offers came to Tezuka. And a rebirth began for him. in Blackjack11.

Now you may understand why some call Tezuka the father of, the god of Manga as well as the godfather of anime.

Now to someone working these days and thus a little shorter in biography.

Hiromu Arakawa is a manga artist responsible for what has now become a classic, 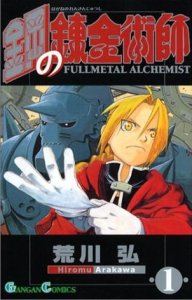 Fullmetal Alchemist. As the daughter of a dairy and potato farmer, Arakawa dreamt of life other than cows. But she agreed upon graduation from high school to stay and help with the farm for seven years. 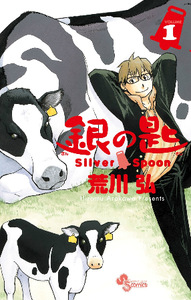 i Etō of Mahōjin Guru Guru13. Her first paid solo professional work was the award winning Stray Dog in 1999. She’s had several hits, but Fullmetal Alchemist14 is the one most noted for and the last I could find she is working on is a non-fantasy manga called Silver Spoon15. Manga is usually in the vein of fantasy, at least these days I suppose, so there was so hesitant acceptance of Silver Spoon but now it’s another hit. And that is why she’s included today. That stepping out, taking a chance, and changing the expectations of what manga can be.

Go back to Ireland by clicking the letter below or the link.

Ireland from Paddy to Ennis, this country has it all.