Here with the 15th Haiku Prompt Challenge Rewind, Recap, Round up . . . oh

whatever you like to call it. It’s going to be a bit free flowing today to get things out to you. I love all the participation these prompts bring. I was told not to be so effusive with my excitement when I write about things, but I’ve decided that’s what is me and that’s what I will do. So let’s get his party started.

The prompt words were Promise & Gift.  Both provided by yours truly. I being truly.

NEW To Us This Week! 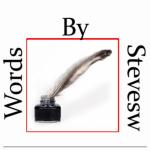 Steven S. Walsky-Author whose blog is Simplicity Lane. “For Only Him“is what I am calling this one. You will find a few challenges on the page, interesting I thought. But the Haiku is there. I was most interested in the twenty word story. Not only check out the Haiku but also the books he has available. Should I dare say one mentions the word FREE? Oops, I see another one! Hope he doesn’t mind my pointing them out. And like I say on my LitWorldInterview site . . . Read a Book, Write a Review.

In order of appearance:

A.C. Elliott of File Cabinet Ramblings must have some of the quickest synapses in the east or west depending on where you are sitting right now. He gave us His Abundant Gift. The words beautiful, peaceful and lovely were repeated throughout the comments. @elliott_ac

Colleen of Silver Threading is up next with The Agreement. All around one of the most solidly

structured Haiku I have come across. She did the making two sentences with the middle line being the end of one and the beginning of the other and she even slipped in a touch of seasonal imagery. Plus the Haiku itself was entertaining and her words were very nicely chosen. A RONOVAN’S CHOICE! @ColleenChesebro

Meredith and Martha of Meredith’s Musings, My Literary Angels provided

2X2 again this week. I chose Thoughts of Love for the title of their offerings as each one dealt with the subject. Someone even suggested the two should think about putting their efforts in a book. They range from humorous to serious. I never know what I’m going to come across from one week to the next. @meredithlbl

Ruth of Mad Meandering Me brought two Haiku this week, Embryo and

Unborn. I have to say that I enjoyed and did not enjoy her subject at the same time. One was an aw moment, and the other was a moment of I really don’t know how to explain it. I think that’s why I will say I enjoyed them both in that they brought out those conflicting emotions in me. It wasn’t where I had thought the words would lead anyone but I like to see how minds work.

Cyril Bussiere gave us what I titled “Foolish Thought“. Cyril’s of 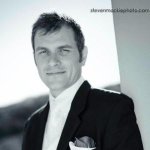 ferings always make my head hurt because they make me think. This week didn’t fail in that area. I’m not certain if he delves deep to find his words or if he just lets them flow. If not delving, I would be frightened how bad head would feel if he did. @cyrilbussiere

T.A. Wyatt of Finale to an Entrance gave us Halloween. I like that, straight

forward. Go and see it. It is most definitely Halloween centered. Does that frighten you? Would it help if I said Elizabeth called it a “cutie”?

Also, Wanderer: A Mistake Haiku. This one is A RONOVAN’S CHOICE! This is one to check out for certain. @FinaletoEntranc

Kimberly of K.S. Fause gave us Eloquence. Is anyone surprised that she

would give us something titled that? But did she deliver? You have to go see to find out, but I will give you a hint. A RONOVAN’S CHOICE! @ksfause

Carolyn of Reviews and Recommendations nailed the Haiku structure

Elizabeth of Tea & Paper brought us what I call “Vanishing Gifts“. A 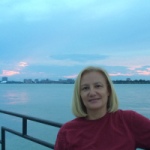 enjoyed the Haiku and I love the colors of her blog this week. So festive and cheerful. Much like what I think of her when I see her commenting on people’s Haiku.

Wendy of Wendy Anne Darling certainly delivered a message with 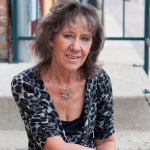 Indian Giver. I would so not want to be on the receiving end of that nor do I understand who would ever be that insane with her. I imagine this must be simply a work of fiction. A RONOVAN’S CHOICE! I loved the attitude! @AuthorWDarling 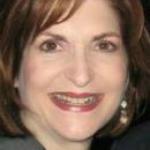 Drops of Blood. Becca gave the two sentence structure and the opposing meaning that is key to a true Haiku.  A great meaning in this one and tells a beginning of a story and the end of a story. A RONOVAN’S CHOICE! @rgbickerstaff

Canaf of Faithful Devotions shared Grace this week. A great message, of 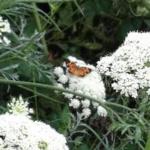 course. Grace is always a great message. Check out exactly what the message is.

Notice the spelling. We do keep things PG here. But with Hugh I do have to be careful when I click at times. Never know what might pop up. @RobertHughes05

Angie of Angie Does Until She Doesn’t, don’t you just love that blog name?

Okay this week she gives us what I titled “Today is Your Gift!” I shouted because I think sometimes we don’t hear it when we remind ourselves of that message. Go give Angie a Virtual Hug with a Like today as she did some serious overcoming at work this week. Show her how proud we are! A RONOVAN’S CHOICE!, and not for the overcoming but the reminder in the Haiku. @mrsreadmorbooks

Kate of Dazzling Whimsy gives her what I call “Gifts of Devotion“.  Kate only

knows one way to write and that is with her heart. It doesn’t matter if it’s about a recipe or a poem, she’ll write it with heart. @17katelee

with what I call “Dubious Entanglement“. There is humor here but also seriousness. I suppose it depends on which side of the entanglement you are on.

Florence of Rambling On brings what I have named “Denied Honor“. That 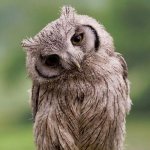 might not fit exactly but thought about this for a time and thoughts swirled around in this addled mind of mine.  A sad Haiku but then again when you read it from a positive side it is not so sad, and then it is both sad and not sad. I am totally confused now so I will stop. A RONOVAN’S CHOICE! @FTThum 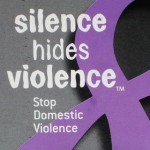 reason for the name is partly that the message of the Haiku resonates with you as you look at it’s meaning and word choices. I always look at the words people use in their Haiku because I think those words as opposed to a different word of similar meaning says a lot. @bwseekingbl

What a selection this week. From one end of the spectrum to the other. I think this might have been our most varied take on prompts yet. Kind of puts the pressure on to choose some good ones for #16. I have to put my thinking blanket on for this one.