Skip to content
Home#Kuwait #The99 and comics. On trial, for real. #AtoZChallenge 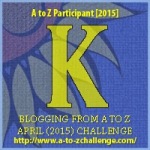 Writing about comic book creators around the world was a dream idea of mine. I knew it wouldn’t be easy. Try the letter K for a country that creates comic books. I an forced to use places recognized as being autonomous states if need be. So far, so good. Hong Kong was was an iffy point but I’ll take it. The point is to make it around the world and hit every letter in some fashion.

Today, with the letter K I ran into a situation where there is a little bit of a problem. I’m going to go ahead and do it anyway. I’ll be mentioning a terrorist organization during this. 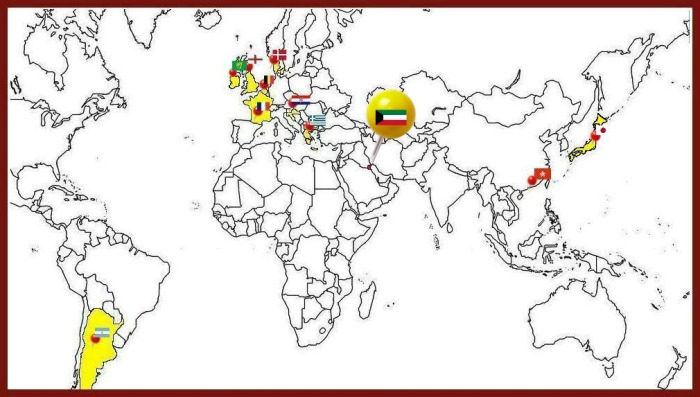 This is the first name I got a hit on and I’m going with it. Being there is some sensitivity here, I will tread as lightly as I can. Forgive me if I do step over any line I shouldn’t, but I believe this is something that moved me to need to share.

Dr. Naif Al-Mutawa1 is a man who saw an opportunity and took it. So where does the doctor come in? Psychology, from of all places Long Island University. And he has an MBA from Columbia. And that’s where the idea comes in. Actually it was in London in a taxi with his mother an sister.


Apparently he had promised is sister that one day he would write and she would illustrate. He had given up writing and thought the idea now was one of those of who has time type of things. By the time the taxi ride was over, a trip to Harrods2, he had the idea that would shake up comics, the Arab world, his life, and gain the attention of a group that likes to be called by an official sounding title, the Islamic State. There will be no reference link for them. 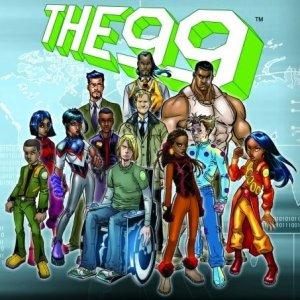 And that’s why we are here talking.  The 993 by Teshkeel Comics4, is about a social activist and scholar, Dr. Ramzi and 99 young people from 99 countries with special abilities based on the 99 attributes of the Muslim God. I avoid using his name as not to offend. The bad guy is

Rughal based on Osama bin Laden and al-Queda.

The book was first written by Naif, the origin story published 2006. But his goal was this would be Superman level quality or not at all. That’s what he told people as he asked for funding. Think of what is called a Kickstarter these days but on a global and much larger scale.

The book is now written and drawn by top level talent such as legendary comic book writer of X-Men fame, Fabian Nicieza5, who along with Rob Liefeld created the character Deadpool of which there has been so much buzz about the forthcoming movie. Also superstar artist John McCrea6 of Ireland joined in. He is well known for is collaborations with Garth Ennis. As well as artist June Brigman7, who helped create Marvel’s Power Pack comic, drew Supegirl, and now also instructs at the Joe Kubert School of Cartoon and Graphic Art as well as being a part time professor for the Atlanta branch of the Savannah College of Art and Design, known as SCAD by those who know. And there are more. I only mentions these writers and artists to show you the quality of this book as well as the reach of this book.

The 99 was given approval at every level of the Arabic society that it needed in order to become reality, even through rigorous religious approval. Now Naif is on trial in Kuwait, his home country for blasphemy. He’s received awards for the book from leading organizations in the Arabic world for the positive results of The 99. President Obama of the US even spoke of the book.

The 99 even had a cross over with the Justice League with Superman and others. Why did the terrorist group call for the death of Naif and those who created the book? People are uniting across cultures and religions and getting along instead of fighting.

This is not a Muslim comic book. Let’s put that out there. This book has teams of three who unite to take care of problems against evil. The teams are not always the same but are selected with purpose. The bad guys are also young people that could be members of The 99 but have instead fallen under the influence of the bad guy and all wear the same uniforms and have no personal expression.

Naif is very specific about the book not promoting a religion but the attributes that are universal and showing how Islam members are not all of one kind, much like not all of Christians are of one kind.

As far as I am concerned the fatwa8, legal ruling, is a glory attempt by the lawyer who brought it forth.  This trial is occurring as this article is written. Read about fatwa through the link in the references. It’s more than we here in the west know. We only see the real bad parts. Just like we only see the extremist Islamic things.

For more details, if you wish you may visit Naif’s personal site by clicking the here for the reference link which is the first one below, or click here for a reference link to an article from The Australian from April 10, 2015., number 9 below. Also you can watch the video below of Naif”s Ted Talk, or one of them, about how The 99 came to be. I will include both videos I watched, I recommend the first which is less rehearsed. he paces a lot but I believe you get to see who he is more. The video and Naif’s own site is where I got most of my information from.

To check out J for Japan and Manga’s history, click the article link or the letter below.

11 thoughts on “#Kuwait #The99 and comics. On trial, for real. #AtoZChallenge”