For the beginning of this adventure you may want to read

From Hugh Roberts of Hugh’s Views & News and hear his side of the story and why I called in Rose & Ghun.

Strange things happen in strange places. And when Hugh Roberts is involved they just turn down right weird. Being Southern I am a laid back kind of person that drifts along life as if tubing down the Chattahooche River through Georgia. Sure there may be some white water along the way, such as was used in the 1996 Olympics, but you get through it and end up fine.

Then a whirling dervish of a British man comes along with his Miss Maybohleen and the leftover mushroom pizza causes some interesting ocular fallacies. At least that’s my story and I’m stickin’ to it.

When my friend Hugh and his friend Miss Marzipan contacted me through Skype I was quite surprised as I had months ago lost the password to Skype and the device scares me for some reason. Having spoken with Hugh on a number of occasions electronically I had noticed there was a difference in our spellings of various words. He called in Miss Maypenny who in all honesty and with great respect I must say did not bring about a solution. I worry that maybe there was not a enough tea and perhaps too much medicinal purposes in her cup of Joe. I’m saying she was a wing short of a wingnut if you get what I’m drivin’ at.

I called in Rose & Ghun, two detectives a few states away. I knew Trevor Rose from my Magnolia state days. He’s Rose and she’s Monika Ghun. And as their names indicate–he takes the names of the butts she’s kickin’. They arrived in no time. And amazingly enough they didn’t dance their way up to my door.

“Ron, I hope this is important, we are still working out how to handle the Stratford Family,” said Rose.

He acted like I should know about the Bradford Family. I knew eight’s’ enough so I moved on. I couldn’t help but notice Ghun. Her obvious Asian and African American background had combined to form a very pleasing to the eye masterpiece. “Umm, well Trevor, it’s like this. For some reason my conversations of late have lost the letter ‘U’ in them.”

Ghun stopped her foot tapping as she leaned against the wall. The thoughts that had been vaguely dancing at the corners of my mind, okay 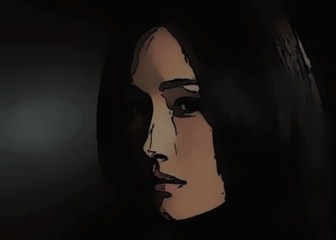 they were slam dancing trying to break through, died down slightly at her stare. I had heard rumors about her but they were only that until proven otherwise. “We drove through the night and all of those hours for a spelling test problem?” She asked. The voice made my head slam slightly to the side. “You’re a bit old for the spelling bee aren’t you?”

“That’s right. Well no, I mean to say that . . . well when talking about my favorite color, you see there are two ‘U’s missing,” I said. “Then there is the case of this crazy hallucination we had about some type of ship at the end of our conversation, but that may have been the left over mushroom pizza.”

“Skype waves,” said Rose. “There have been theories only of visual chatting devices causing mass hallucinations all over the world. As for the ‘U’ problem…”

“I’m fine speaking it seems. It’ writing the words that seem to be the problem,'” I said. “I was hoping y’all would fix it.”

I don’t know why Rose knelt down on my living room floor, but he suddenly became all broody and I swear it became darker. It was like nighttime had come already. You would have thought he was looking at a dead body or something. Ghun was still leaning against the wall with her arms crossed and one foot back against the wall. How she looked as if she were not feeling the humidity in all that black leather including the little jacket was beyond me, but I wasn’t complaining.

“Reminds me of some of the guys we ran into at Down Under Mike’s,” said Rose. I had to lean in to hear him. He looked up at Ghun who slowly began to nod.

“Their ‘H’s,” she said. I think that’s what she said. Her dark hair shimmered and flowed with each nod as if it were water.

“So what does that mean for me?” I asked.

“No, the British have kept them from being exported so they can keep them for themselves. It’s a commonly known practice on the Grammar Black Market,” he said. “Don’t worry about it. If you really want to say col our instead of col or, then just break it up into two words like that.”

“Trevor, we’re out of here,” said Ghun. “We still have to find Miles before Martin and the rest get to him. If not there will be a world of suck going on.”

“You ever need anything else like this call Amanda Lyle. She’ll be able to help you,” said Trevor Rose and the two disappeared out my door.

“Whoa,” I said. Moi herself? Was she secretly some crime fighting mistress, mastress, master . . . guru?

“Oh, Ronovan, who were those colourful people? Your favourite exterminators?” Hugh asked from the computer screen. I had forgotten it was still on.

“Bless your heart, Hugh, they were detectives. I knew Trevor from back in my Magnolia days. He says y’alls trade practices are the reason for some of the unnecessary ‘U’s missing from my words.”

“Oh really,” said Hugh as he dunked an Oreo in a cup of something that looked like weak coffee. “Hmm, you know that does make a lot of sense. The government over here really has no clue at times, but then you would be sympathetic to that, what with your limping fowl in office.”

“Hugh, I really don’t understand you a times,” I said shaking my head. “Biscuits and cookies, chips and fries? And I suppose you’re going to deny that a woman wrote all of Shakespeare’s plays next and Piers Morgan the former editor of The Daily Mirror and News of the World who was highly associated with phone tapping and cellphone tapping isn’t really a cousin of yours. I think y’all does protest too dang much.” 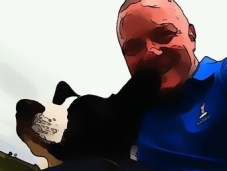 “Ronovan, I heard a rumor during this cruel summer that he’s got tact. But that may have been a careless whisper and that is the last thing on my mind. Love, truth, and honesty, I can’t help it, preacher man, I’m just a shy boy who lives the wild life and if you can’t take that then do not disturb me. I want you back as a friend, cause it t’aint what you do. Cheers then.” The Skype window went blank.

That was the strangest rambling I had ever heard from Hugh. I went to the window and looked up. It was indeed night time. I could see what might have been Venus, but was probably a trick of the night. My mind went to Rose & Ghun. I was glad for their help an didn’t envy whoever the Stratford Family was because there was some rough justice ahead.

I thought about calling Nathan Jones, an old friend of mine who might help me with the Grammar Black Market. I wondered if he still had that old van of his. It was every shade of blue and could only move in one direction, forward. The reverse didn’t work. Well enough of that.

I sat back down at my desk and began to work on my story about being young at heart. The main character, well he was really sayin’ somethin’ to the leading lady about ‘only your love can take me to your heart’. She looked back at him and said “Love don’t live here.” He grabbed his chest. “If you want your heart look on the floor, and if the cops ask, I’m the one that did it, I committed love in the first degree,” she said.

She began to walk away but fell.  She turned and glared at me. “I’m always tripping on your love. Here, I found love and now it’s set on you,” she said and put his heart back on his sleeve.

I looked down at the page  and thought, more, more, more. Robert De Niro’s waiting  for this after filming Long Train Runnin’ with Mr. Bean.

I wonder what Hugh is going to do with all those Oreos and weak coffee? And what about that lady Shakespeare author?

For the next episode in this tale of ne’er do wells read:

From Hugh at Hugh’s Views & News then come back and meet The L.A.W. in the first part of their involvement:

Hugh is Diasppearing! What does Ronovan do?: The LAW comes to town